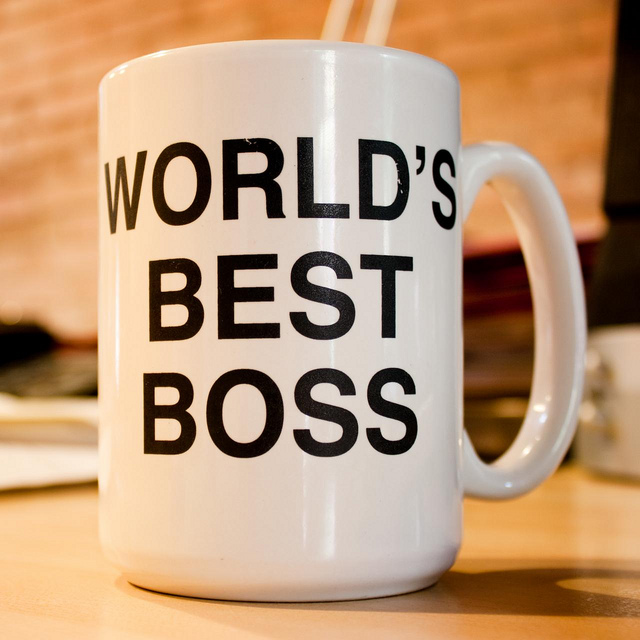 6 ways to make your employees love you

Before delving into how to become a likable boss – let’s first discuss does being liked by employees even matter?  Most of us (who are bosses of course) do not give much effort in making ourselves liked by our team members. What’s the need to do that? We can be effective without being likable, isn’t it?

While the belief is technically true, the odds to it are many (and most of us would not like it). In a Harvard Business Review blog, there was a mention about a survey carried over 51,836 leaders. Out of these only 27 were such who were rated at the bottom quartile in likability but held the top position for overall leadership effectiveness. This means that the possibility of a boss who is highly unlikable but still appears in the top quartile of overall effectiveness is as rare as 1 in 2000 cases.

The above-mentioned survey has substantiated the fact that bosses or for that matter any team leader needs to work hard to score high in the likability parameter.

To become likable, a leader has to possess a broad set of attributes that goes far beyond than just smiling and having a pleasant personality. In the words of a HR manager – ‘’Likability has got nothing to do with how pleasing you are, or how frequent you give employees a raise. There are multiple examples where it is seen that likability towards a leader/boss gets developed by the way the boss interacts with his employees on a day-to-day basis.’’

What can you do to be a likable boss?

1. Develop positive emotional connections with employees: Are you aware of the fact that your emotional state affects your employees? Surprised?

‘’I have often seen that the ambience of the office gets determined by the boss’s emotional temperament. If the boss is angry or frustrated that emotion instantly spreads to others as well.  On the other hand, if the boss is cheerful and content, it makes the whole office environment positive. So you can say that emotions are contagious just like cold or flu, they spread to others.’’

2. Cooperate with your employees:There is nothing better than holding weekly team discussions. As a team manager of an IT organization puts it – ‘’we have regular WIG sessions. While these clarify the wildly important goals of every employee, it also gives them a chance to voice out their opinions to the team leaders/managers.’’

Taking prompt steps based on employee concerns is an ideal way for leaders/bosses to increase their likability factor. So next time, when your employees complain of any operational problems, you can think of a custom software development which renders to their need.

4. Donne the role of a mentor and teacher: Think about someone who has helped you develop or learn a new skill. Instantly, you will feel a sense of respect and admiration for that person. By training employees/team members in carrying out their tasks, you will also present yourself in a positive light.

5. Be precise in your long-term goals: Think when you take your children out to a road trip, the one question they keep asking is – Have we reached the destination?

Since your children do not know where they are heading to, they find the trip boring and seemingly long. Similarly, your employees too if unaware about the company goals can be frustrated and dissatisfied.

You need to make your employees visionary and future focused and not someone with no control and no other option but to complain.

The PepsiCo Story – Recognize the “whole person” at work.

Describing her approach, she stated –

The whole idea of writing out to employees’ parents struck Nooyi’s mind on one of her visits to her mother. According to her, getting greeted by an endless parade of her mom’s friends, made her realize that her career success substantiated the fact that how well her mother had raised her.

This is when Nooyi decided to write thank you notes to her employees’ parents, making them feel successful on their duty as a good parent.

An example of a thank you letter written by Nooyi –

‘’I’m writing to thank you for the gift of your son, who is doing this at PepsiCo, and what a wonderful job this person is doing.’’

Today, business leaders are focused more on quarterly goals and tasks to be done than on building healthy relations with their employees. But what they fail to understand is while they may be successful in the short run; eventually strained employee-boss relationship causes a mar on company’s operations. By integrating Indra Nooyi’s strategy or any other strategy mentioned above, leaders can take a first and significant step towards wholehearted leadership, to strengthen relationships with employees and increase their engagement.

We offer services and solutions in the sphere of Cloud Computing, Enterprise Applications, Mobile Applications and Internet of Things.

Get Started Get Quote